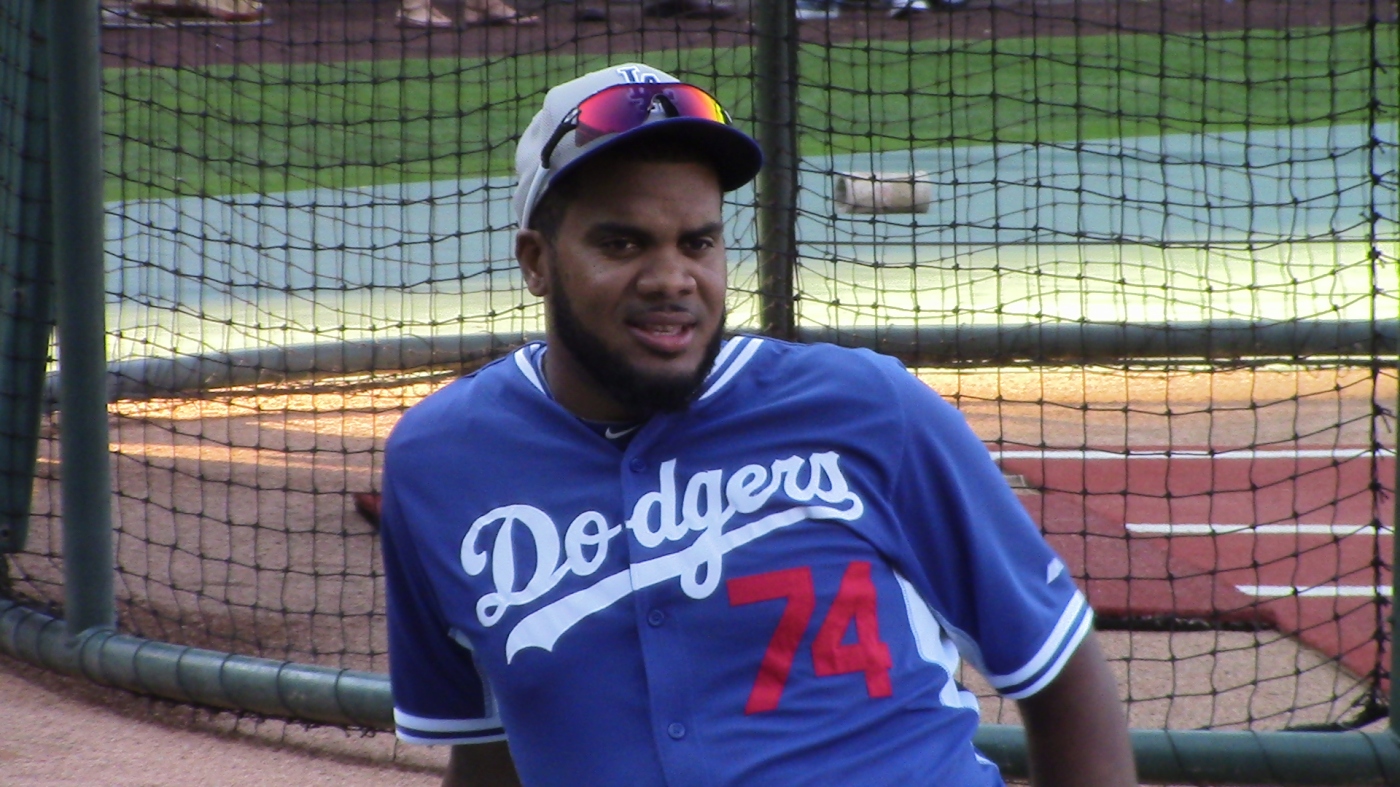 ANAHEIM – Talk about silencing a “murderers’ row” of major league hitters. That’s exactly what L.A. Dodgers’ closer Kenley Jansen did Wednesday night in the third game of the Freeway Series against the L.A. Angels.

To preserve a 2-1 Dodgers lead and earn his 32nd save, Jansen had to get out in succession Mike Trout, Albert Pujols and Josh Hamilton.

To open the 9th inning, lead-off hitter Kole Calhoun got on base with a single and then stole second base.

With nobody out and the tying run in scoring position, Jansen fell behind 3-0 to Trout. He reared back and came all the way back to strike out Trout swinging.

The next batter – Pujols – lifted a fly ball to center that was caught by Yasiel Puig for the second out.

The Angels last chance – in the form of Hamilton – ended with Jansen striking him out swinging for the third out, a Dodgers win and the save for Jansen.

That warranted some fist-pumping on the mound after sitting Hamilton down and that’s exactly what Jansen gave the crowd split with Dodgers and Angels faithful.

Jansen’s been doing plenty of fist-pumping. Since June 21st – a span of 17 appearances by the right-hander, he’s allowed just a single run in 17 and-a-third innings of relief working an .052 ERA in the process. Wednesday’s save was his 12th since the Summer Solstice in 13 opportunities.

In that span, Jansen’s allowed just one extra-base hit while striking out 24 batters and just two walks.

Safe to say if the Dodgers have a lead entering the ninth inning of any game, it should be a lock that Jansen shuts the door on opponents.

To get Jansen’s reaction to getting those three big outs in Wednesday’s 2-1 Dodgers win over the Angels, click on the video below.