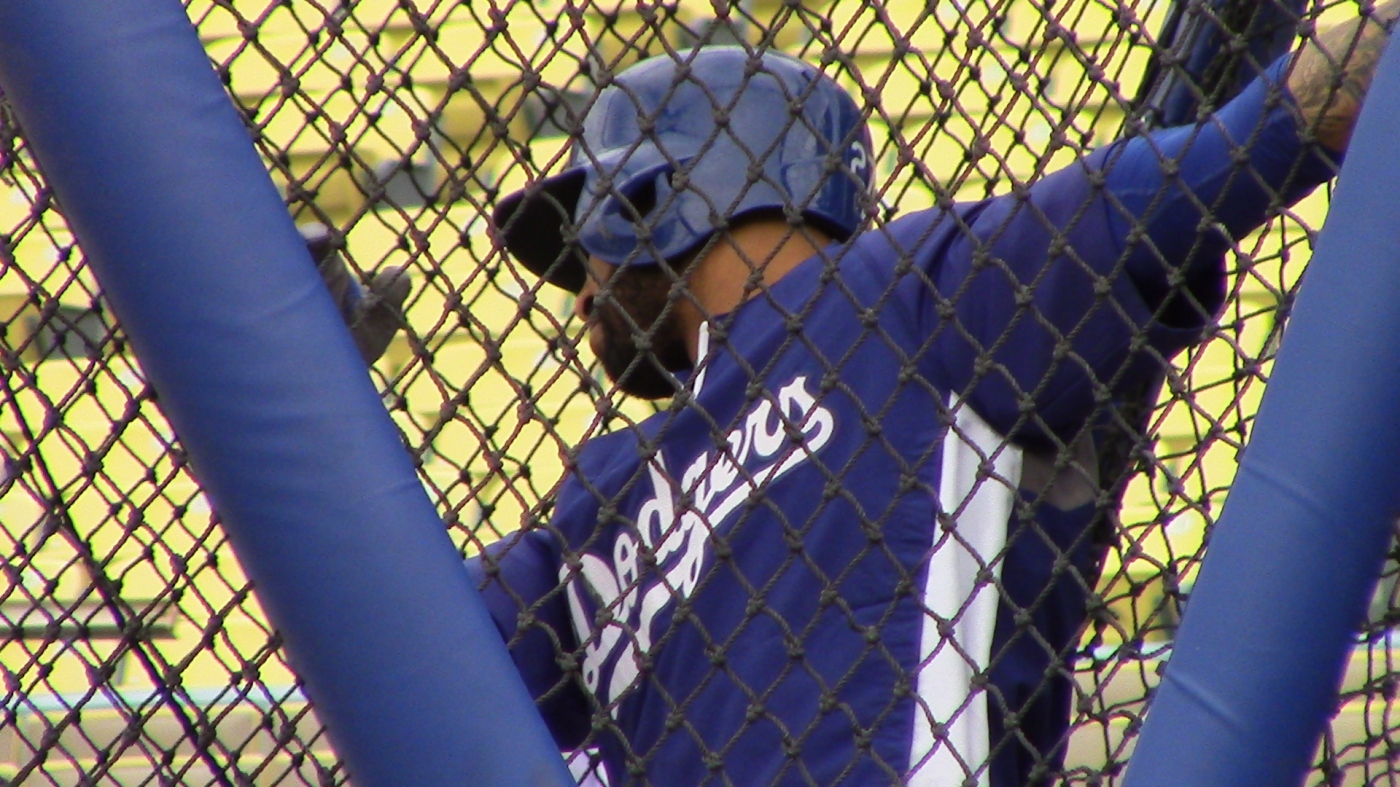 ANAHEIM, CA – Former Angel Dan Haren returned to Anaheim Wednesday night pitching three-hit ball into the eighth inning going perfect through six frames and guiding the Dodgers to a 2-1 win over the Angels in the third game of the Freeway Series at sold-out Angels Stadium.

The win lifted a huge Rally Monkey off Haren’s back after losing his previous five starts with a gargantuan 10.03 earned run average in those games.

The line on Haren (9-9) read seven and a third innings, allowing three hits an earned run while striking out four Halos.

Reigning National League Player of the Week Matt Kemp continued his torrid hitting lifting an Angels starter Matt Shoemaker offering into the bullpen in left for a lead-off, second-inning solo home run – his 14th of the season and and his 6th round-tripper in nine games – giving the Dodgers (65-50) a one-nothing lead.

Later in the inning, after Carl Crawford singled and then stole second base, Andre Ethier doubled to right driving in Crawford giving the Dodgers a two-nothing lead.

Not a bad outing for Shoemaker (9-4) who suffered the loss for the Angels. He went five innings, scattering six hits and striking out five allowing the two runs.

After getting on the board in the eighth inning when Chris Iannetta hit a sacrifice fly to Yasiel Puig in center scoring Erick Aybar from third, the Angels (67-46) had a chance in the ninth when Kole Calhoun hit a lead-off single of Dodgers’ closer Kenley Jansen with the heart of the Halos line-up coming up.

Calhoun then stole second and after falling behind Mike Trout at 3-0, Jansen came right back and struck Trout out swinging for the first out. Albert Pujols popped up for the second out to Puig in center. Josh Hamilton was the Angels’ last hope and Jansen struck him out swinging for the last out and his 32nd save of the season.

The Angels lost a golden opportunity to climb to within one game of first-place Oakland in the American League West after the A’s lost to Tampa Bay 7-3. the Halos remain two games behind Oakland in second place.

Meanwhile, the Dodgers maintained a two-and-a-half game lead over San Francisco in first place in the National League West with the Giants beating the Brewers in Milwaukee, 7-4.