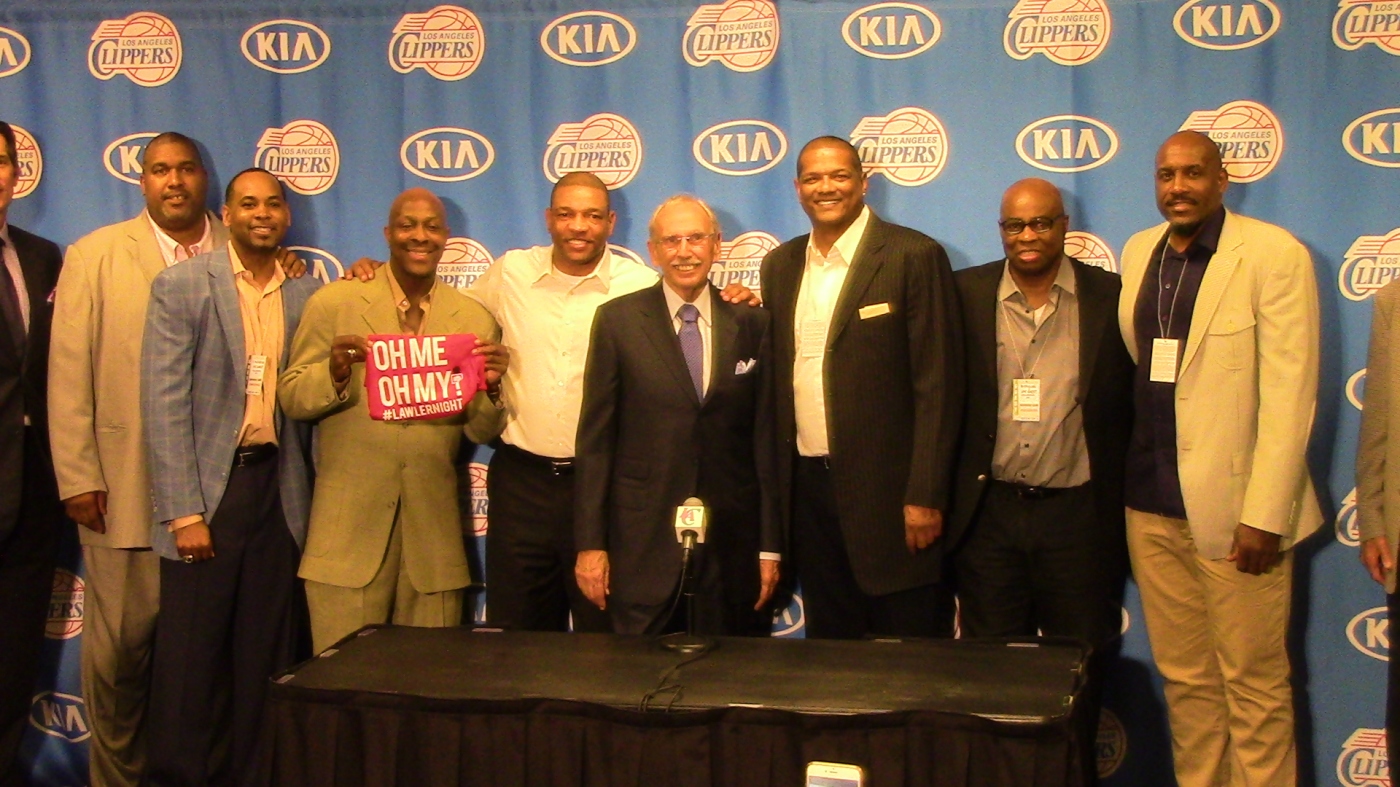 Sports fans in Los Angeles have been spoiled listening to the play-by-play voices of the teams – both college and pro – that have called the City of Angels home.

Among the elite voices are the Dodgers’ Vin Scully, Bob Miller of the Kings and the late Chick Hearn of the Lakers.

The legendary voice of the Los Angeles Clippers, Ralph Lawler, is in that conversation as well of course. Currently in his 36th season calling Clippers games, he was honored with Lawler Night at Staples Center for Monday’s game between the Clippers and Minnesota Timberwolves.

Catch words or phrases like “Bingo!” after a three-point bucket and “Oh me, Oh my!” are what Clipper Nation have recognized all these years – good and bad.

How about “Lawler’s Law?” Late in the game Lawler, during Clipper telecasts on Fox Sports West/Prime Ticket after one of the teams gets its 100th point says, “First team to 100 wins. That’s the law.”

“Ralph is a true legend in Los Angeles sports,” said Fox Sports West and Prime Ticket Senior Vice President and General Manager Steve Sampson. “Monday’s celebration is a true reflection of his passion for the game and dedication to Clipper Nation.”

Scully, Miller, former Clippers players Gary Grant, Lamond Murray and Pooh Richardson among others were in the building to pay tribute to Lawler.

Lawler’s won three local Emmy’s for his announcing and has called 2.838 Clipper games (and still going) making him the third longest tenured broadcaster in the NBA.

To hear from Lawler and some current and former Clippers, click on the video with this story.