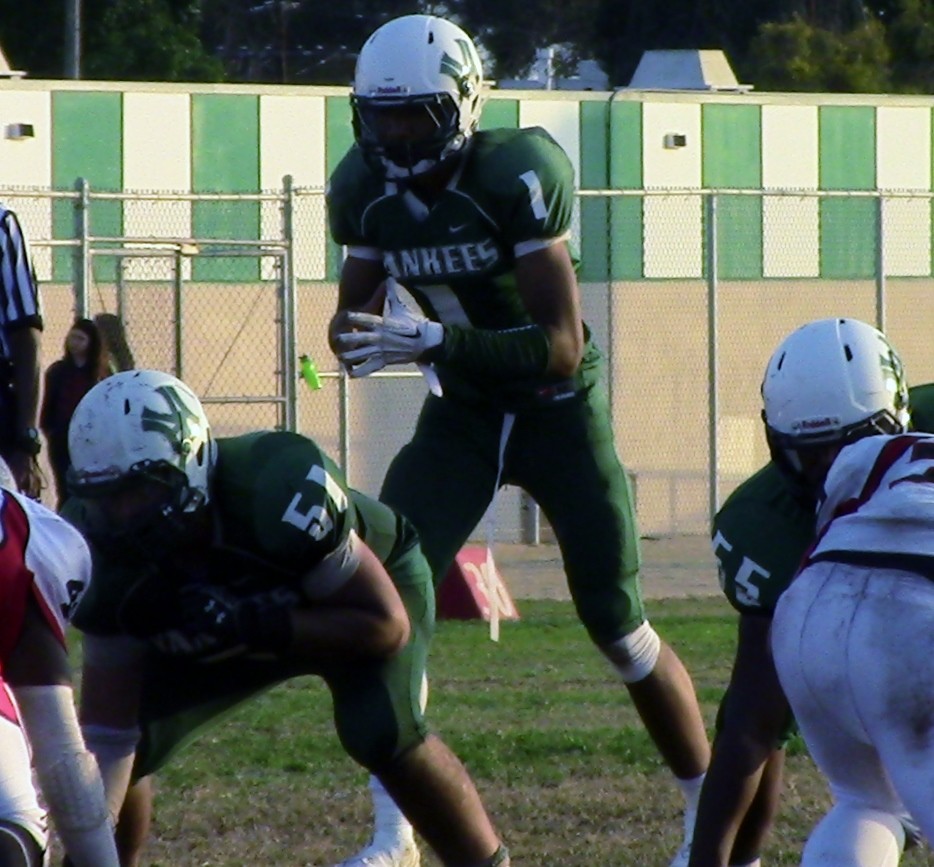 The Yankees (8-3) opened the playoffs last week at Al Michaels Field on the Hamilton campus by taking down the Reseda-Cleveland Cavaliers, 27-8. They are undefeated at home improving to 7-0 with the first round win.

The Western League Champion Yankees – who won their first league title since 1980 – were led by quarterback Armani Rogers. The 6’ 5” junior passed for 271 yards and two touchdowns in the win. He was also picked off twice in the contest.

A furious three-minute, three touchdown scoring barrage by Hamilton erased a slow, jittery start to the game by the Yankees.

Trailing the Cavs 8-7 late in the second quarter, Hamilton would score on its next three possessions. The Yankees put together a drive that was capped off by a four-yard touchdown run by senior Kyshawn Richards. That gave Hamilton a 13-8 lead after a missed extra point with about 2:30 left in the first half. The Yankees never looked back.

Hamilton’s defense was able to force Cleveland to a three-and-out on the ensuing drive. After a short Cavalier punt, the Yankees got the ball first-and-ten at the Cleveland 37.

Hamilton wasted little time from there. Rogers went up top on first down finding senior Kyree Wallace for the touchdown just inside the right, goal-line pylon. The extra point gave the Yankees a 20-7 lead going into halftime.

Hamilton received the second half kickoff and put the game away. Senor Russell Shaw took the opening kickoff and worked the reverse handing the ball to senior Jericho Flowers. He took off and raced down the right sideline for an 83 yard touchdown giving Hamilton the 27-8 lead and that was that.

The Lincoln Tigers (7-4) enter tonight’s contest after beating Granada Hills in last week’s playoff opener, 42-35. Hamilton’s football field doesn’t have lights so the school will bring in portable lights for the 7pm kickoff.

Last time Hamilton hosted a playoff game under portable lights was five years ago. The Yankees went on to win their first ever city championship taking the title in 2009.

The winner advances to next week’s semi-finals and will take on the winner of the other quarter final match-up between South Gate and University high school.