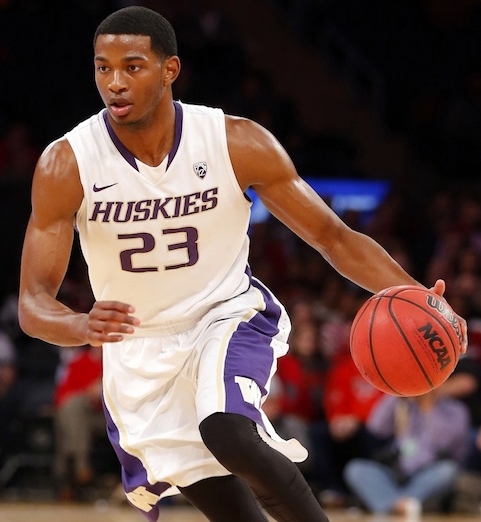 Wilson – a 6’5” guard from Pleasant Grove, Utah – set the Huskies career record for 3-pointers with 301 during his senior year in Seattle. He’s one of just 3 players in PAC-12 history with 1800 points, 275 made 3-pointers and 400 rebounds over a four-year college career.

“I just think shooting is a premium in our league,” said Rivers addressing the media after the selection. He added, “The more you have it (shooting) the better for us.”

The Clippers were near the bottom in the league in 3-point shooting last season which was brought up in the selection of Wilson who’s been compared to Miami Heat 3-point sniper Ray Allen.

“We were last in three’s but we led the league in scoring,” Rivers reminded everyone. “So, we’re not going to care where it came from as long as you’re scoring and you’re efficient, you’re pretty good.”

To hear more from Doc Rivers and C.J. Wilson during his conference call, click on the video with this story.

The Los Angeles Lakers added what some think was a top-5 prospect with 6’9” forward Julius Randle out of Kentucky with the 7th overall pick.

For the first time since 1979, three UCLA Bruins were drafted in the first round. Reserve guard Zach LaVine was chosen by the Minnesota Timberwolves with the 13th overall pick. Guard Jordan Adams was taken by the Memphis Grizzlies with the 22nd pick. The rich get richer as the newly crowned World Champion San Antonio Spurs took Kyle Anderson with the 30th overall pick.