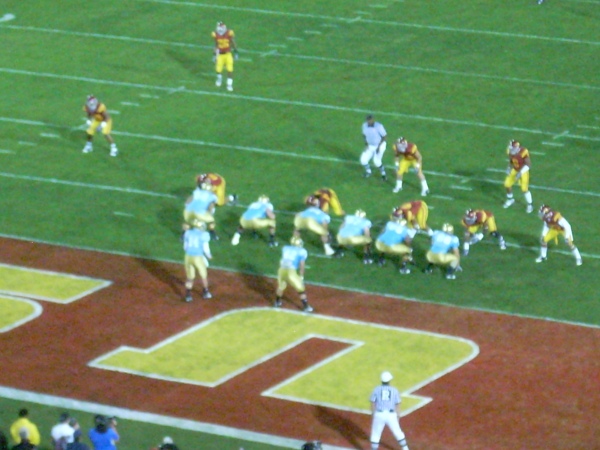 As legendary Dodgers’ voice Vin Scully likes to say when a managerial move doesn’t pan out, “Ah, the best laid plans of mice and men.” 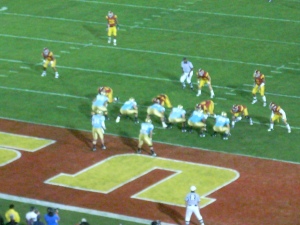 Pac-10, I mean, Pac-12 commissioner Larry Scott must’ve uttered Scully’s lament a few times this week. His hopes for a 16-team super conference were foiled when the Texas Longhorns declined an invitation to leave the dwindling Big 12 for the Pac-10.

Texas A&M, Texas Tech, Oklahoma, and Oklahoma State followed the Longhorns’ lead and declined Scott’s invite to remain in the Big 12 keeping it afloat with 10 schools after losing Colorado to Scott’s Pac and Nebraska to the Big Ten.

Commissioner Scott was forced to go to “plan B” with his conference at eleven schools needing one more to qualify for a lucrative conference championship football game. An invite was given to the Mountain West Conferences Utah Utes who will, undoubtedly, accept giving Colorado a geographical rival and travel partner.

Meanwhile, Western Athletic Conference power-house Boise State accepted an invite to the afore-mentioned Mountain West replacing Utah as the ninth school in the MWC leaving the WAC with eight..

The Big 12 loses two schools making it a ten-team league which means no conference championship game . Nebraska heads to the Big Ten, which actually had eleven teams with Penn State before the Cornhuskers move, now making it a 12-team conference gaining a title game. The Pac-10 now becomes the Pac-12, also gaining a title game, with ex-Big 12 school Colorado and ex-Mountain West school Utah joining the party.  The Mountain West remains at nine schools after the Utes bolted because they’ve been replaced by Boise State which left the Western Athletic. So, the WAC is now an eight-school conference after losing the Broncos.

All these moves were made with football in mind. Those six BCS conferences (Pac-12, Big 12 {now with ten teams}, Big Ten {now with 12 teams}, South Eastern, Conference USA and Big East) battle for the gridiron national championship and major bowl bids leaving the other non-BCS conference (e.g. Mountain West and WAC) schools “at-large” bids to the BCS bowls with, virtually, no shot at making the national championship game regardless of whether a school goes undefeated during the regular season.

The BCS is being investigated for anti-trust violations because of this. Both Utah and Boise State have gone undefeated twice, gaining “at-large” bowl berths and winning their respective bowl games. The investigation was ignited by Utah Attorney General Mark Shurtleff who was angered because, in all four instances, the Utes and Broncos were denied the opportunity to play for a national title because both resided in non-BCS conferences. 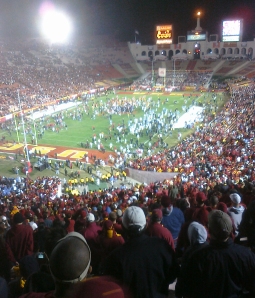 Working in Boise and covering the WAC for seven years, I suggested the winners of the WAC and MWC meet in a “Rocky Mountain Region Championship Game” giving the winner an automatic BCS bowl bid and a possible title game berth if the winner were undefeated. Makes sense creating a “pseudo super conference” and spreads the BCS wealth to the talented teams in both non-BCS leagues.

I think all these school movements are good and needed in the grand scheme of things because of the parity now enjoyed in college sports, especially in football and basketball. That means $$$ for the NCAA.

Anyway, all the conference re-shuffling will begin in 2011 and stay tuned for more schools, possibly, switching conference allegiances before then.